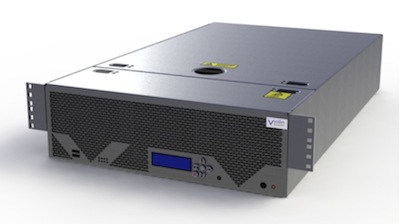 Update June 2021: of the six vendors mentioned in this post, TMS was acquired by IBM (August 2012) and the technology integrated into the current FlashSystem line of products. SolidFire was acquired by NetApp (December 2015), changing the NetApp culture, but unfortunately seeing a slow demise of the SolidFire IP after the NetApp HCI solution failed to spark interest. Violin Memory went through IPO, went bust, came back as Violin Systems, went bust and the assets subsequently acquired by StorCentric (October 2020). Nimbus Data still seems to hang on, building the “world’s highest capacity SSD” a few years ago. Whiptail was acquired by Cisco (October 2013) and shut down after it became clear the product didn’t actually work. So, to answer the question, the first acquisition on this last was TMS. However, EMC acquired XtremIO in May 2012, which counts earlier.

Unless you’ve been living under a rock for the last two years, you can’t have failed to notice that solid state storage is here and is here in a big way.  Two weeks ago at TFD#8, we had presentations from two all-flash array startups, Pure Storage and SolidFire.  I’ll have more specifics on these companies over the coming weeks, however for now, we can see they are joining an ever growing group of companies focused on killing off the hard drive. So where are we headed?

Solid state drives are nothing new.  I used them on the mainframe in the late 80s/early 90’s but they were hideously expensive.  In fact, they were so expensive that every single individual file was managed by hand, ensuring it was no bigger than necessary and only the files which could absolutely justify the low latency and response times resided on the technology.  The NAND flash we see today started with the same properties; SLC (Single Level Cell) solid state devices were very expensive, for example Intel’s X25-E SLC SSD device introduced in 4Q2008 had a list price of more than $22/GB.  That cost isn’t sustainable for all data in the Enterprise, however with advancements in technology, prices have dropped significantly.  SLC is being steadily replaced by eMLC (Enterprise Multi-Level Cell), which although lower cost technology, is delivering reliability at levels coming close to SLC.  Intel’s latest SSD710 Series comes in at just over $6/GB, a greater than three-fold reduction in just three years.

Cost reduction has meant solid state is more viable as a mainstream technology.  It has been added to the Enterprise as SSD drives in servers, PCIe cards in servers or as part of storage arrays either as an add on to existing technology, or as we’re seeing, as technology designed from the ground up to work with flash.  The last category is the most interesting and is one area where we’re seeing growth in the market.  Two approaches have been taken; incorporating SSD drives into arrays or integrating the flash directly into the array.  Whichever method is used (and both camps have their justifications as to why they are right), the additional intellectual property comes from both extending the life of the flash to commercially acceptable lengths and delivering consistent I/O response times that justify the increased cost.

As I mentioned earlier, mainframe solid state was managed at the file level.  For solid state arrays to be successful, they need to be driven to the level they are capable of.  Normally cost justification is worked out on price per GB of storage, however that calculation now seems outdated, especially with the benefits of virtualisation.  Price per IOPS or even IOPS/GB are more relevant and the overall TCO, including space, power, cooling, hardware acquisition cost, maintenance and labour costs need to be included in working out whether the SSD array is right for deployment.  I’ll be discussing more on this over the coming weeks too.  In the meantime, let’s get back to the question in hand; who is likely to be the first to be acquired?

Here’s a brief rundown of some of the players (in no particular order):

At this stage I don’t think anyone has a foothold in the market that guarantees their success.  Each vendor offers differentiating features or targets a specific market segment.  It’s too early to say who will dominate the market, equally who will be first to be acquired.  What we can be sure is that the big three letter storage vendors will be circling and watching this market space *very* closely.  Over the next few weeks I’ll talk about Violin, SolidFire and Pure Storage.  I’ve had briefings from each of these vendors, either directly or through TFD#8, so there’s some good stuff to learn.

Updated: Reviews will be listed here as they are written.