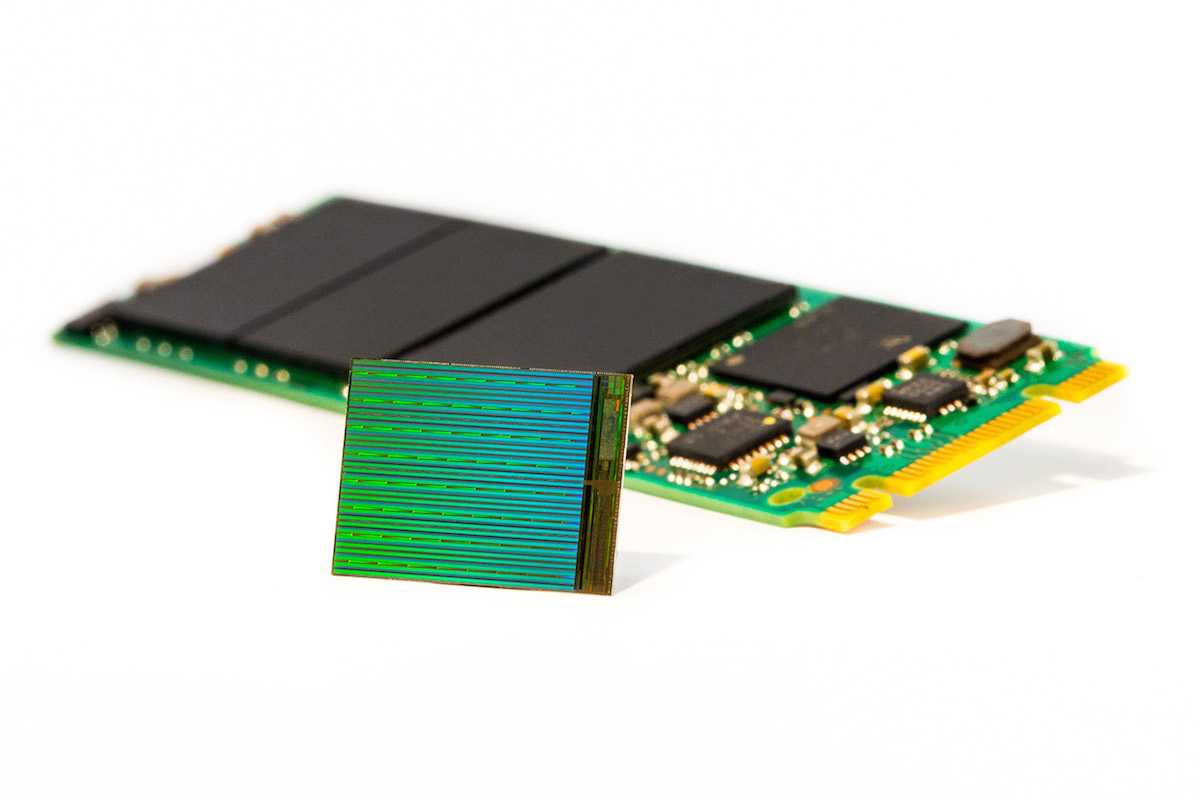 Flash storage has a limit on the number of write (or specifically program/erase) cycles that can be performed to the media.  Each P/E cycle impinges on the quality of the silicon substrate, reducing the reliability of reading the contents stored.  Eventually the NAND becomes unreliable in storing data and can no longer be used.  The number of P/E cycles that a particular type of NAND flash can tolerate is called the endurance.  When building solid state devices from NAND, the endurance and capacity of the device produce a volume of data the device can accept within the manufacturers guarantee of reliability.

The endurance calculation can be expressed in two ways; TBW (terabytes written) represents the total amount of data that can be written to a storage device in absolute terms.  DWPD expresses the same value as a ratio of the capacity over time.  Imagine, for example a device with a five-year warranty.  This equates to 1,825 days.  For a device such as the Intel DC S3500 80GB drive, the endurance is rated as 45 TBW.  If we convert that value to gigabytes, divide by the number of warrantied days and device capacity, we arrive at a DWPD figure of 45,000 / (1,825 *80) =  0.3 DWPD.  We could also say that the drive is capable of reliably writing around 24.65GB of new data per day.  The two figures are related thus:

Note, we’ve used a 1000 multiplier for TB to GB.  Looking at the linked specification sheet, we can see that the TBW is proportional to the capacity of flash (larger drives have larger TBW), which logically implies that for the same device/model, the DWPD figure should remain roughly constant.

With larger capacity and higher endurance drives, some vendors quote PBW figures.  This is simply the endurance expressed as petabytes written.  For example, the Intel DC P4600 Series 2TB SSD has an endurance of 11.08 PBW, which translates to a DWPD of 3.  The warranty of an SSD is typically expressed as either a time period or the point at which the absolute capacity has been written.  Taking another example, the Samsung 850 Pro SATA III 1TB SSD has a warranty of 10 years or 300 TBW.  Over the 10-year lifetime, this means a DWPD of 0.08, which seems quite low.  With a 5-year period, this value naturally doubles to 0.16.  The manufacturer will guarantee the drive to either the capacity written or time the drive has been in use, which ever comes first.  This means DWPD is more of a useful guide than a warrantied specification.

The latest Samsung 960 Pro M.2 has an endurance of 800 TBW or 0.44 DWPD, which is considerably better.  We’ve already seen that the Intel DC P4600 has a much higher endurance rating.  The endurance capability of a drive is based on the type of NAND in use, plus tricks the vendors employ to extend the lifetime of the media.  This can include using a mix of NAND types (e.g. SLC, MLC, TLC) and DRAM.  Software is used to implement wear levelling algorithms and other techniques that distribute I/O evenly across the available media.  There is a lot of value in being able to use cheap NAND in long-lifetime devices so naturally many of these techniques are proprietary and kept secret.

Which devices are best?  Clearly there’s a cost/capacity/endurance ratio that can be calculated.  However, choosing the right device also depends on the workload.  For heavy write activity, a greater endurance device is better.  For mainly read workloads, low endurance devices will be more cost-effective.  Even if the cost/endurance ratio shows low endurance drives to be better value, in the long run, replacing a drive every 6 months (for example) could have other risks associated with it.

One last thought.  Endurance is a NAND issue, but is now being quoted on high-capacity hard drives.  In addition, technology like Intel Optane has much greater endurance, making it more suitable for write-intensive workloads.  The 750GB Intel Optane SSD DC P4800X, for example has a 41 PBW endurance or approximately 30 DWPD.  This is much higher than any of the NAND flash devices we have discussed.