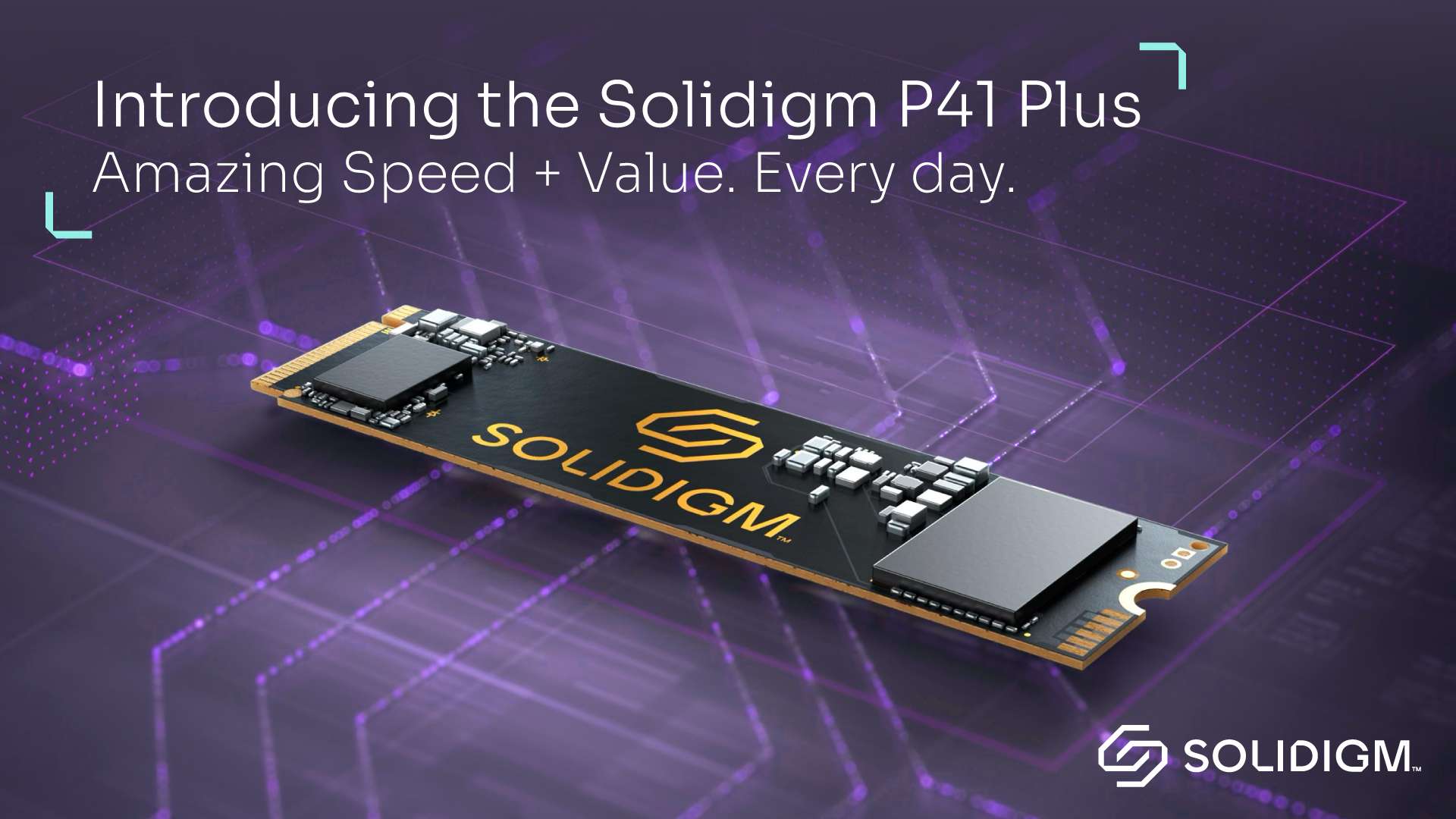 The M.2 format SSD (sometimes called a “gum stick”) is an amazing evolution of flash technology. At FMS 2022, Solidigm announced the consumer-focused P41 Plus, up to 2TB in a PCIe 4.0 device weighing less than 7 grammes. Unfortunately the product is best operated with Synergy Software; is this the right approach?

Solidigm is the persistent storage business acquired by SK Hynix from Intel in 2020/2021. The company recently announced a working prototype PLC (penta-level cell) NAND SSD and released the P41 Plus. The P41 Plus is a consumer-based device in 512GB to 2TB capacities. The 2TB model delivers 390,000 random 4K read IOPS, 4125MB/s of throughput (128KB) using a PCIe 4.0 interface. Across the range, endurance is about 0.22 DWPD, assuming a 5-year lifetime. Under the hood, Solidigm uses 144-layer 3D QLC NAND.

To boost performance, the P41 Plus comes with host-based software called Synergy. The host driver provides hints to the SSD about the profile of expected I/O, essentially managing potential performance blockers like large sequential files. The benefit of the software is to increase SSD performance and potentially gain a secondary benefit for endurance. Today the software is only available for Microsoft Windows.

You may remember that back in 2021 we criticised Intel for using host software to manage data on the H10, a consumer M.2 SSD hybrid containing Optane and NAND. Without the software, the Optane isn’t visible to the host, which makes it useless to any non-Windows platform (as with Synergy, Intel’s Rapid Storage Technology software is only available on Windows). At the time, I posited a number of reasons for the decision to do caching at the host. These included thermal challenges, compatibility, algorithm support and cost.

If we apply this reasoning to the P41 Plus, we can perhaps see the benefit of offloading algorithmic support to the host. Without a file or content-centric view, there’s no way to translate the association of file structure to blocks. The P41 would be working in the dark without host O/S assistance. The other aspects attributed to the H10 don’t apply to the P41, although we could say that doing more at the host could lower the power draw.

Of course, performance isn’t the only aspect to consider here. As Chris Mellor shows in his article on the P41, the impact of using Synergy also affects performance with increased load – the so-called ‘fresh out of the box’ issue.

So, back to our original premise – is the use of host software a good or bad idea? From a personal perspective, I’m very much against the idea of using additional host software drivers to increase performance. Vendors have a history of poor software implementation issues, compatibility problems and slow response time to fix problems. However, if consumers have a choice of whether to use the software, then that position is acceptable – unless of course the margin of performance loss is significant when the software isn’t used. Another aspect to the use of host software is platform support. Vendors assume consumer drivers are only needed for Windows, and due to lack of demand, generally avoid Linux (and forget MacOS).

Where the consumer market leads, the enterprise usually follows, so products like the P41 Plus act as a learning curve for new technology before taking a risk on enterprise data centres. We’re not going to see the M.2 form factor adopted widely across enterprise servers, but the underlying technology could be used in EDSFF devices like E1.S or E1.L. With such a low power draw, a multi-terabyte device could be very interesting (although enterprise devices have additional failure/protection requirements so will draw more power).

At this point, host-based driver software would be very unattractive. Instead, protocol-based hints should be used, so standard software can be deployed from a range of software vendors (or even natively in the O/S or file system). Hyper-scalers (such as the public cloud service providers) are already asking for protocol enhancements that include additional device awareness and management. It would be good to see some of the innovations developed by Solidigm being made available through standardised interfaces and for a range of O/S platforms. This may actually be the way the industry manages technology like PLC, where “dumb” devices will be at a massive disadvantage.