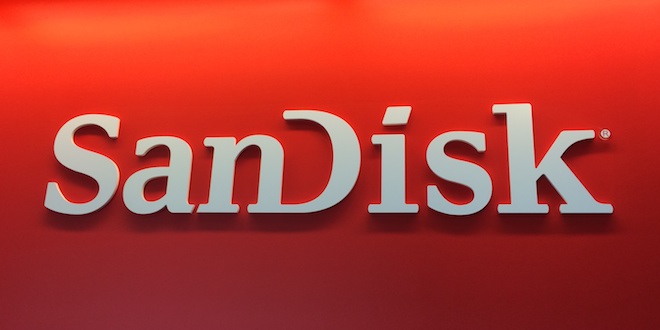 It has been widely reported and confirmed through a press release, that Fusion-io is to be acquired by SanDisk at a value of around $11.25 per share in cash with the deal expected to close this year.  Assuming everything goes through, this closes a chapter on a flash storage company who’s IPO has failed to deliver on the initial promise.

Looking back through my previous posts on the company, I am reminded that just over 2 years ago in May 2012, Dell were alleged to have put a bid to acquire Fusion-io at $33 a share, however this was subsequently rejected by the company.  How ironic that offer seems now.

But why have things been a problem for Fusion-io?  Well, firstly their customer base was small, with the majority of their sales initially being to two companies – Facebook and Apple.  This level of dependency doesn’t help grow the business as one drop in orders has a material effect on the bottom line.

Second, PCIe devices are expensive compared to SSD although they deliver higher performance, which means the target market is smaller and the product more niche.  The market is awash with PCIe devices and caching solutions to accelerate application, many of which will work with memory or standard SSDs.

Now to be fair to Fusion-io, the company had opened their hardware to developers through an SDK to allow more direct access to the hardware, however I don’t know how successful this program has been in adoption by the development community.

Looking to SanDisk, we see a company that is making great strides to be an enterprise flash company.  Recent acquisitions have included FlashSoft, providing host caching software, Smart Storage Systems, providing them access to NVDIMM technology and Pliant Technology, which provided SSD drives.  However there is much more depth to the technologies than simply having a portfolio of hardware products, as I found out during Storage Field Day 5 in April 2014.  SanDisk has software such as Guardian Technology, which optimises the program/erase cycles of flash, significantly extending the life of their products.  The result of this is the ability for companies such as Tegile to use the 2TB Optimus Eco SAS SSD in their new range of all-flash storage arrays and still be able to offer a 7 year warranty.

Fusion-io’s revenue over the last 3 quarters had been flat at around $90-$100m with increased losses compared to the previous 3 quarters of around $30m.  The share price was floating as low as $8 before the acquisition announcement, almost a quarter of the first day trading figure after IPO.  The new Atomic series of products (which I touched on briefly here) don’t seem to offer much in the way of performance improvement over previous generations of hardware (albeit with a capacity increase) and other technology such as NVDIMM is moving in to be a faster and potentially more scalable choice for ultra-low latency requirements.

SanDisk get to add more technology to their widening enterprise portfolio and should be able to stem the losses through eliminating duplicate processes, such as sales and R&D.  At this stage the company is selling components rather than systems, but does have an investment in Tegile.  It’s interesting also to note that previous board member Kevin DeNuccio is now CEO over at Violin Memory, resigning his board appointment to take up the CEO position.

There’s always lots of talk in the industry about who will be the next dominant storage company.  Perhaps the next leader won’t make their mark by selling appliances or arrays.  Instead, it may be a company which supplies all parts of the storage industry, someone perhaps like Sandisk.