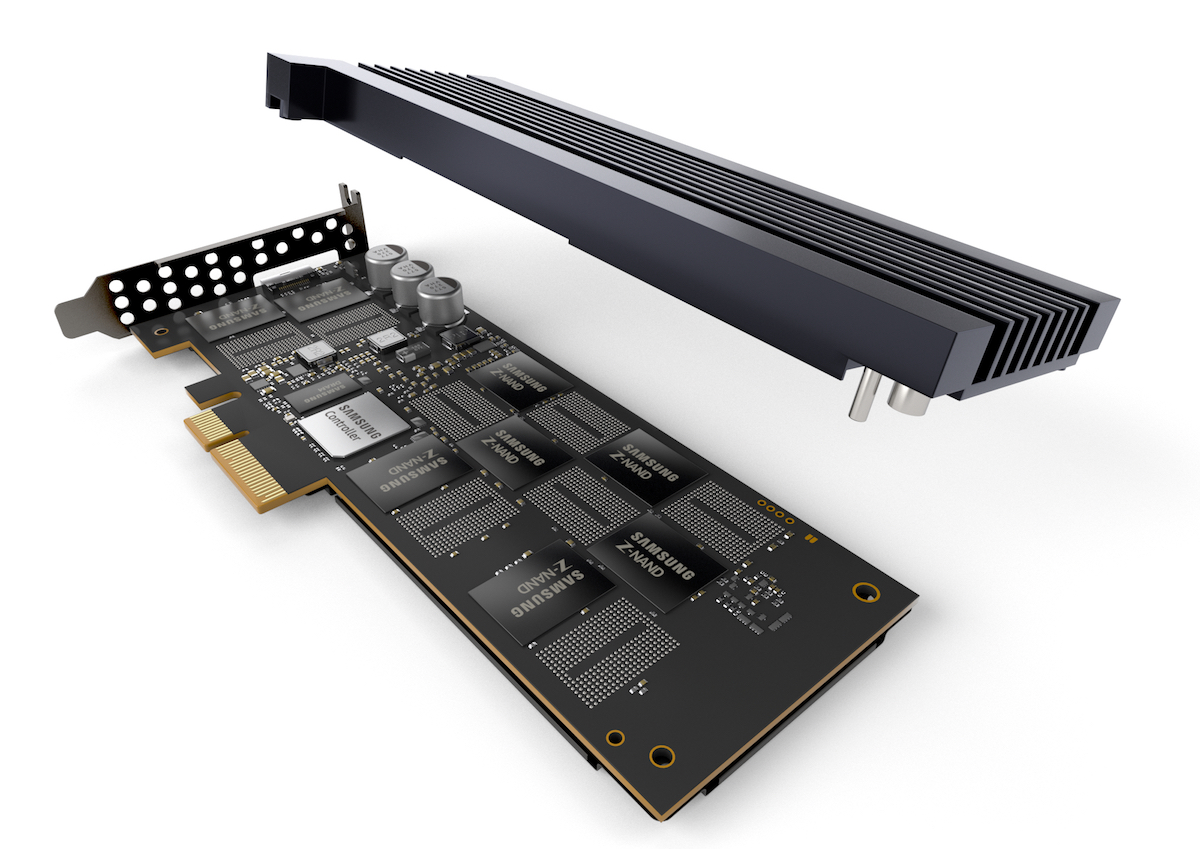 Update: Since this article was written, Toshiba has released XL-FLASH, a competitor to Z-NAND. This also offers low latency, although so far only read performance has been quoted. This part of the market seems to be heating up, with the likelihood of more products in development.

This week Samsung announced a new solid-state drive based on what the company is calling Z-NAND.  The SZ985 Z-SSD (again a new acronym) offers high performance and low latency, compared to a traditional SSD product.  So what is Z-NAND and is it really any different to traditional NAND in use today?

First of all, looking at the Samsung press release, Z-NAND is described as offering 10x the cell read performance of traditional 3-bit V-NAND.  It’s not clear if this means 10x per cell or 10x overall.  In discussing the subject with Jim Handy of Objective Analysis, he pointed out that one technique in use here could be to have larger number of planes on the NAND chip itself.  Remember that a NAND chip can be divided into multiple planes, which are further divided into blocks and then into pages and strings.  A page (typically around 4/8KB) is the smallest writable element in the chip.  A block (which could be 128 or 256 pages) is the smallest erasable element.  Banks of blocks together form a plane.  With multiple planes, there is more read and write parallelism.  Perhaps then, the innovation is in multiple planes?

Another scenario could be the use of some SLC combined with MLC on the same die.  As Jim pointed out in a recent Storage Unpacked podcast, NAND vendors can mix the use of single-cell and multi-cell on the same chip.  Research exists in this area (link).  SLC is faster than MLC on read and write, by perhaps 10-50% (from the numbers I’ve seen) so it seems reasonable to imagine an architecture keeping active data in SLC and tiering to MLC where required.  This could also be how the 30 DWPD are being delivered (SLC has much higher endurance than MLC).  Of course, Z-NAND could be entirely SLC.

Let’s go back to the Samsung press release again.  The SZ985 has 1.5GB of LPDDR4 DRAM onboard (for 800GB capacity).  Contrast this to the 950 EVO Pro 2TB, which has 2GB of DDR3.  LPDDR4 has up to twice the bandwidth of DDR3 with similar latency.  This should contribute to better throughput without compromising on latency and be beneficial to both read and write I/O.

Tying this all together is a “high performance controller”, which is presumably where all these potential techniques are exploited to give the overall figures quoted in the press release.  It’s likely too that Z-NAND over-provisions, in order to mitigate issues of garbage collection.  All part of the NAND management toolset.

The most obvious comparison being made with Z-SSD is to look at the levels of performance Intel achieves with Optane.  The Optane drives use 3D-XPoint, which is allegedly ReRAM rather than NAND technology.  As quoted in The Register, performance figures are comparable and certainly better for read performance.  Reliability and endurance are both about the same.  This leads us to price.  If Samsung pitches Z-SSD competitively, Intel could be forced to reduce their pricing for Optane, making the market just a little bit more competitive.  There’s also no reason to think that other vendors couldn’t also bring out fast NAND products.  Micron, for instance, already has Flex Capacity to dynamically vary the lifetime/capacity of SSDs.

We could be looking at yet another tier of persistent storage in the ever-expanding storage/memory hierarchy.

One final thought – will Samsung announce NVMe versions of Z-NAND in alternative form factors?  Let’s hope so.  We may hear more at the ISSCC in February – stay tuned…