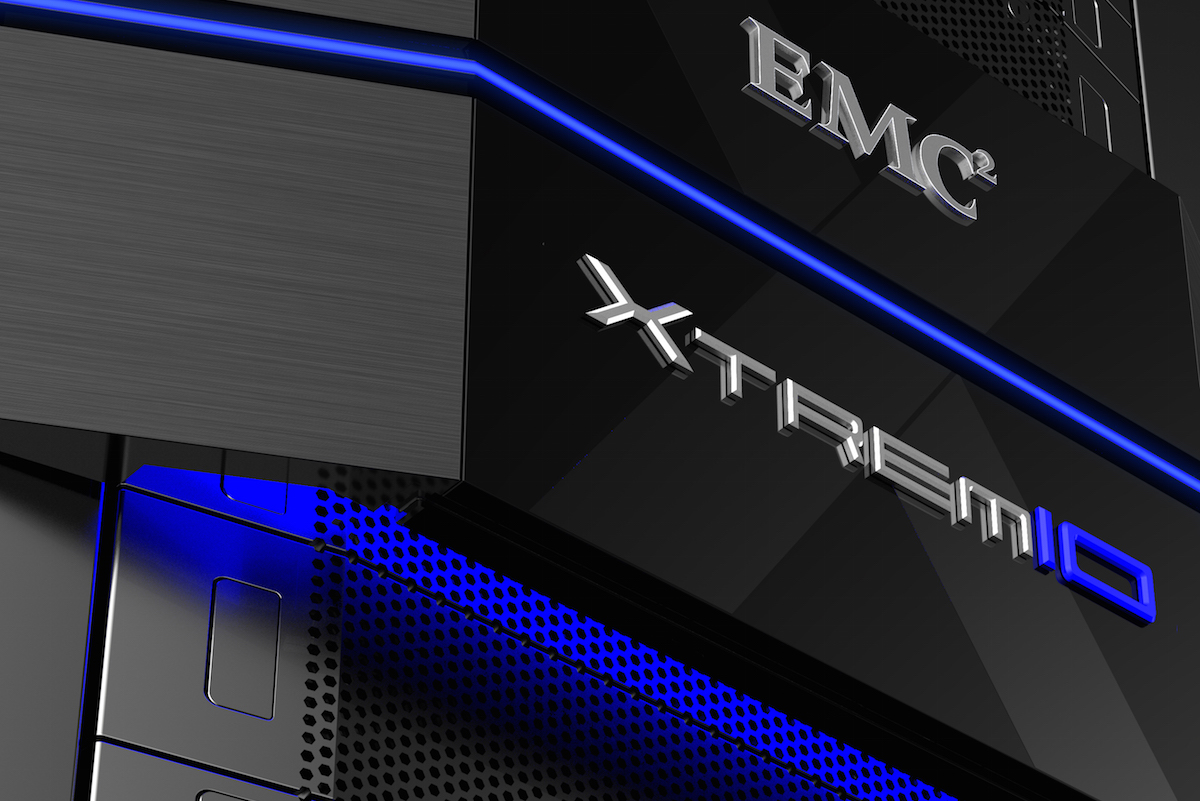 Last week Dell EMC announced the next generation of the long-running Symmetrix platform with the release of PowerMax.  This all-NVMe array apparently isn’t a replacement for VMAX (or XtremIO).  However it is yet another decision point in customer choice for all-flash from Dell EMC.  Does the company need another all-flash array or is this just a consolidation/migration strategy?

First of all, here are the speeds and feeds on the PowerMax platform.  There are two new models, the PowerMax 2000 and PowerMax 8000.  The transition from VMAX position the 2000 model as an upgrade to VMAX 250F, while the 8000 is a step up from the 950F.  The 2000 will do up to 1.7 million IOPS, whereas the 8000 is 10 million (presumably fully configured).  Latency is touted at being under 300 microseconds.  For all performance metrics, there are no specifics on what the workload mix is – they are all internal Dell EMC numbers.

Dell EMC is claiming the PowerMax as the fastest storage array on the planet.  Fully configured, that may well be true in terms of pure throughput – a claimed 150GB/s for the 8000.  However, there are other systems that can beat PowerMax on a per-node basis.  Vexata’s VX-100F, for example, can deliver 7 million IOPS at 200µs and 70GB/s, all in 6U (dual controller, single disk shelf).  Scale that up to the 8-node configuration of a maximum PowerMax 8000 and it would easily be beaten – in fact VX-100F would beat the 8000 with just 2 nodes.  It’s all about how you compare like-for-like.

Of course, we shouldn’t forget that the PowerMax is a VMAX cousin and so will have the same service features as previous generations – mature replication, snapshots etc.  This is a good thing, although it’s not clear what impact these services have on performance, as we don’t see any transparency in Dell EMC’s numbers.  One interesting angle is the implementation of de-duplication and compression, which as Max Mortillaro points out in his blog post, has been moved to a dedicated hardware module.  So maybe performance is still good with all the features turned on.

PowerMax is all-NVMe, which means the back-end SAS controllers have been replaced by PCIe and dual-ported NVMe drives.  As a result, PowerMax will only be either all-flash or flash and SCM (by storage-class memory, I expect Dell EMC means Intel Optane).  So customers wanting a hybrid option will still need to buy VMAX.  With NVMe, Dell EMC is positioning PowerMax as tier-0 storage.  It’s certainly in that category, but their are other platforms that can beat it and get better value out of the NVMe drives too.  We’ll save that discussion for another post.

OK, so the move to PowerMax, if VMAX was all Dell EMC had, would be relatively clear.  Over time, Dell EMC will push customers to PowerMax, retaining VMAX as a legacy hybrid solution.  Where does that leave XtremIO?  A one-brick XtremIO X2 cluster only delivers 220,000 IOPS, with a 2-brick system doubling that, with around 500µs of latency.  That’s much lower than PowerMax.  In fact, it’s in the VMAX 250F range.  PowerMax is much more feature rich than XtremIO and now has offloaded de-dupe and compression.

So where’s the differentiator?  At Storage Field Day 14 last November, I asked this question about XtremIO.  Dell EMC indicated that XtremIO was being positioned at use cases where high volumes of snapshots were needed.  Surely PowerMax can now fill this requirement or is there a gap in the efficiency of PowerMax snapshots compared to XtremIO?  Perhaps XtremIO becomes just a VDI platform?

Perhaps the strategy is based on pricing.  PowerMax/VMAX is after all, the Rolls-Royce of all-flash platforms.  It also supports mainframe, which is crucial for certain customers.  Maybe XtremIO is being priced as a cheaper option, where the highest levels of availability aren’t needed.  In that case, why not go Dell EMC Unity?  The 650F offers up to 440,000 IOPS, for example and must be cheaper than XtremIO.

Moving on to NVMe makes complete sense for the VMAX platform.  Storage performance is never good enough, as we know.  I’m not sure I see it as an all-encompassing platform for all workloads, but for those high-end enterprise applications that need resiliency, great.  But even more than before, XtremIO looks to be at risk in the Dell EMC storage portfolio.  I know that Dell is committed to it.  But if you’re making purchasing choices based on price alone, then interoperability (data mobility between platforms) becomes essential.  We don’t want to go back to islands of storage of the 1990s.  There’s still no native interoperability between Dell storage platforms.  So tell me, am I missing some angle here?  Is there an ongoing market for XtremIO?