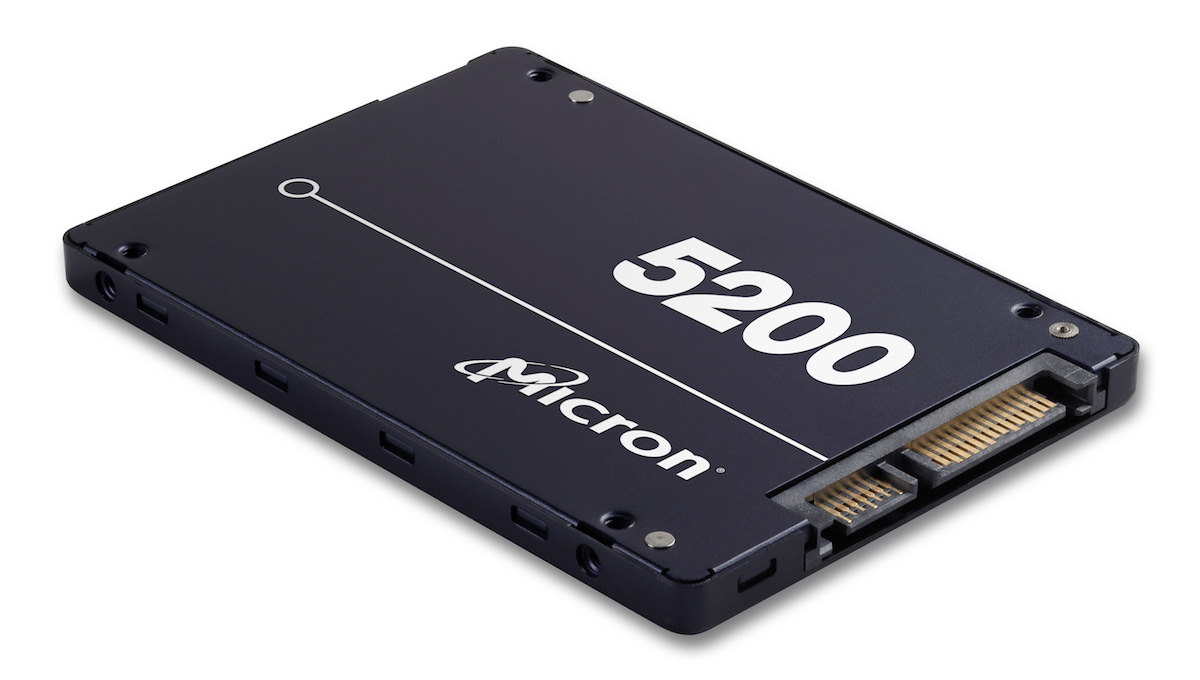 Update:  Looks like Samsung released new versions of their 800 Series, also focused on increased endurance (link) although products are a mix of MLC and TLC.

Micron has recently announced a refresh to their 5100 SATA SSD series with the release of the 5200 series using 64-layer 3D-NAND technology.  As discussed on our most recent Storage Unpacked episode with Jim Handy, 3D technology is starting to get into its stride.  So, why still focus on SATA drives when as we know (see this post) NVMe provides so much more performance?

First of all, let’s talk about the 5200 series.  The new media is essentially the same controller as the previous 5100 models, with around 90% of the same firmware code.  Reliability is still 3 million hours MTTF, making it more reliable than the average 2-2.5 million hours of the industry.  There’s no increase in capacity, at the top end (still 7.68TB), however, there are now only two model types; ECO (<1 DWPD) and PRO (<2 DWPD).  MAX customers are no doubt being pushed towards 9200 NVMe drives.  The difference comes in the number of layers being used (increased to 64 from 32).

With a transition to 64-bit manufacturing, surely capacity could have been increased?  I’m sure that’s true, but Micron appears to be keeping the larger capacity drives for NVMe usage.  This makes sense when considering why SATA drives still exist – TCO.  Increasing the layer count allows for a saving in cost for the same capacity, making the drives more competitive.

There’s still a market for SATA SSDs because not all public cloud providers can fully exploit NVMe SSDs yet.  This isn’t really a surprise.  Using NVMe means new server hardware and O/S support.  Not all cloud workloads need or can use full NVMe performance.  SATA SSDs provide the transition route from HDDs, so TCO with SSD needs to be more competitive.  Before the announcement was public, I chatted with Nicolas Maigne, Senior Partner Management Manager at Micron in EMEA.  He indicated that although the trend for SATA SSDs is for the market to decline, there’s still a place for SATA in the replacement of 10K hard drives, with many customers using Flex Capacity as a way of migrating older drives to more read-intensive workloads and so increasing their lifetime.  This is one of the benefits of extending MTTF to 3 million hours.

The hard drive industry split into performance and capacity drives, with a big squeeze on 10K in the middle.  A similar transition is happening with NAND flash.  NVMe is taking the high-end performance category, SATA is taking the low-end value part of the market.  Does that mean SAS SSDs will be squeezed out as irrelevant?

I like to look at things from a “micro” and “macro” view.  At the micro level, we see increases in capacity from 3D-NAND moving to 64 and 96 layers.  SATA will also most likely be the first transition to QLC and become both the capacity and the value layer.  The relentless move to bigger capacities is exemplified with the arrival of a 512GB microSD card from Integral Memory.  The industry continues to push the boundaries of technology.  At the high-performance end, I wonder if Intel and Micron are hoping that 3D-Xpoint will be the future of that market.  For now, we have NVMe SSD, and maybe in the medium term, two technologies here.

As Jim discussed in our podcast, prices will drop.  So from a macro view, we can see that the trend for year on year price erosion and capacity increases will continue.  There’s no reason to expect this will change anytime soon.  From a public cloud perspective, I’d be interested to know how much SSD is now deployed compared to HDD (if any) for standard primary workloads.  I suspect it’s a rapidly increasing percentage.  We certainly don’t seem to be far away from SSD being better than HDD when Total Cost of Ownership is considered.