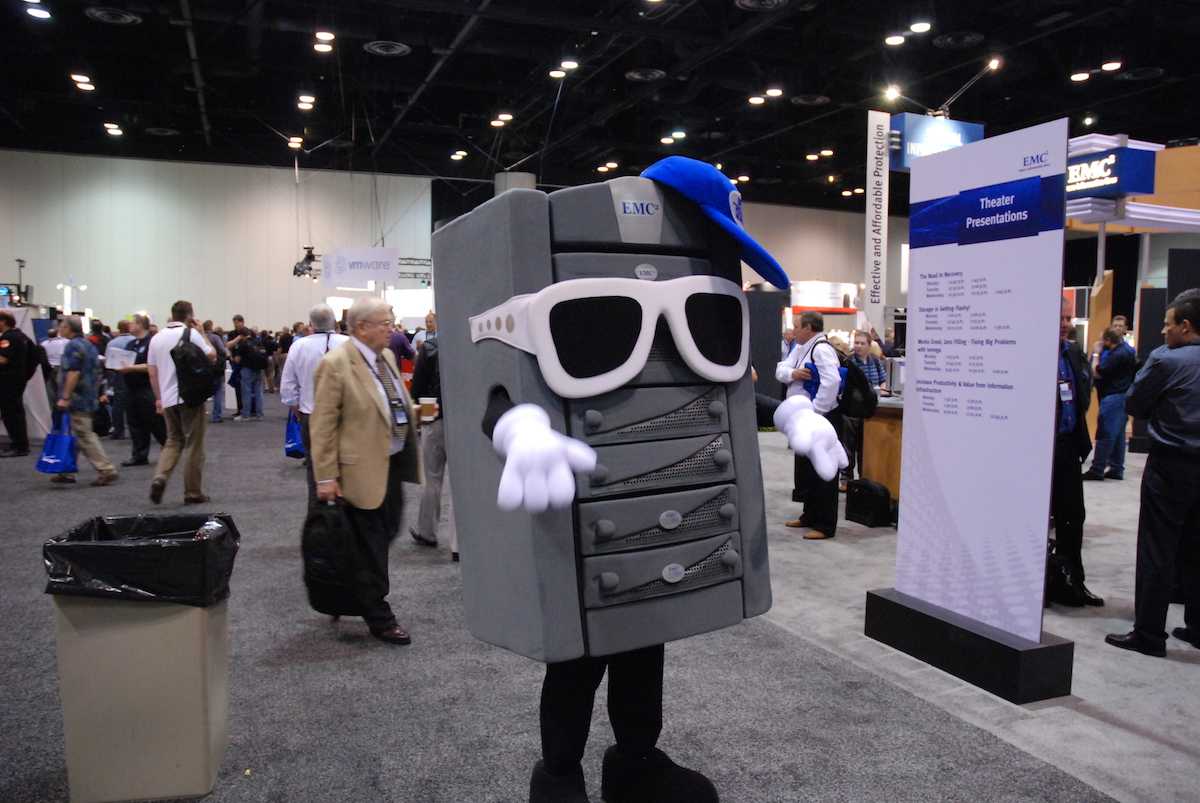 This is the second of a series of posts on the pending acquisition of EMC by Dell.

One of the biggest features of the modern EMC has been the idea of a federation of independent businesses, established when EMC acquired VMware in 2004 (although public shares weren’t released to the market until 2007). EMC (more accurately Joe Tucci) has continued to persist the idea of a co-operating and competing set of companies and divisions as the best way forward to develop new ideas, allow partnerships and transform the company over time.

The idea of having EMC as a holding company for a set of loosely connected businesses isn’t really a new one. After all, EMC-II or what was the original storage business, is exactly that. EMC sells a collection of poorly integrated storage hardware solutions – VMAX, VNX, Data Domain, XtremIO, Atmos/ECS, VPLEX and Isilon. ViPR was a weak attempt to integrate these products under a single management umbrella.

Acquisition is the mainstay of EMC’s business plan and that fits the federation structure; buy products/businesses that are market leaders and exploit them to the full. So EMC now has EMC-II (storage products), VMware (virtualisation/cloud), Pivotal (Big Data), RSA (Security), VCE (converged infrastructure) and Virtustream (cloud software/services). The question is, how much do these divisions add to EMC’s bottom line? Virtustream was acquired in May 2015 for $1.2 billion in cash, so we won’t know the impact on financials until next week when Q3 results are announced. Similarly, VCE hasn’t been fully assimilated so we have no direct figures other than an approximate $2 billion run rate (Note: this post was written before the Q3 release; these still don’t appear to integrate Virtustream & VCE data)

Looking at EMC’s 2Q2015 figures (to 30 June 2015), EMC-II made $4.485 billion in revenue, of which only $64 million was Pivotal (1.4%) and $238 million from RSA (5.3%) – this is hardly the revenue of equal federation partners. Pivotal revenue is up only £10 million compared to the same period last year; although this is an 18% increase, it’s still a rounding error in terms of replacing the declining storage sales revenue. VMware is of course a separate company, however EMC reports revenue from VMware into their consolidated figures. For the quarter, this represented $1.588 billion or around 26.5% of the total. Income, on the other hand is much less; VMware contributed $306m in net income to EMC. This is why Elliot Management wanted EMC to sell off some of their VMware asset, in order to realise the value of the company (VMware has a market cap around $30 billion but generated only $306m in income for the quarter (1%). (Note: VMware market cap was measured at the time of writing and has since declined 20%)

So overall, our figures look like this (numbers don’t add to 100% as there’s a $76m corporate consolidation charge to consider too):

Dell (the company) is without a doubt a single brand organisation. Acquisitions are assimilated (and may become product names) or eventually over time become simply a Dell SKU. Although Dell (the man) claims otherwise, I can’t see a long term future for the EMC federation. For each component I would expect:

The EMC federation will dissipate, with perhaps the future of VMware being the most difficult to predict. EMC/VMware currently has many partnerships with the likes of HP and it’s unlikely Dell will want to throw that revenue away. What we may see is the gradual unpicking of various VMware offerings; the hyper-converged products are probably the easiest and most obvious to re-brand as Dell-only products. Cloud Services (vCloud Air) could head into the rebranding of Virtustream The traditional platforms (vSphere) may stay as standalone offerings for a lot longer.  This week has seen VMware’s stock decline by a further 20%, to $55.42 (COB 21st October 2015).  Clearly the existing stock holders of the company don’t see a rosy future for their asset.

The Dell/EMC/VMware relationship is already starting to get complicated, with a reflection in EMC & VMware’s share price.  Keeping the “federation” serves only to fuel the confusion.  Dell would be better off by consolidating the pieces that can be merged into the main company and focusing on how VMware retains the business of partners they will start to compete with.  Unlike Star Trek, this federation is past its prime.