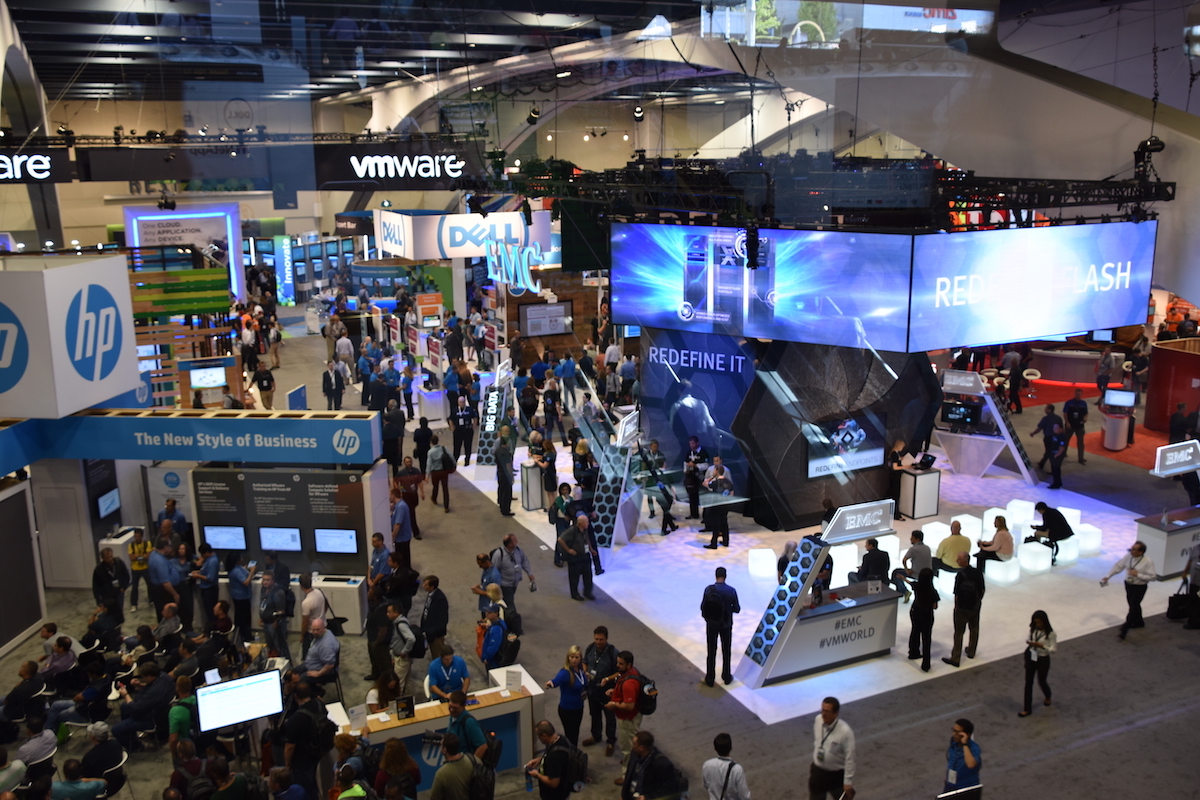 VMware’s business may well be at an interesting inflection point.  On the latest earnings call, the company indicated that earnings from core products like vSphere was down, while increased business was coming from vSAN, NSX and apparently vCloud Air.  2016 will apparently be a year of transition as the company moves back to growth in 2017.

At the same time, around 800 staff, including those working on the Workstation and Fusion lines will be fired as the work possibly moves to China (The Register reports).  So where does VMware’s future direction lie?

When you think about hypervisors, ESXi is seen as the gold standard for server virtualisation.  It is mature, well tested and fully featured in terms of storage, networking and platform support.  However Microsoft’s Hyper-V is also now a credible hypervisor competitor, with equal and in some cases better feature support than ESXi.  In this article I wrote for Tech Target in 2014, the gap in storage features was narrow and things have improved significantly since then.

We also have credible products like HC3 from Scale Computing, which uses the open source KVM hypervisor.  I have an HC3 3-node cluster in the lab and I can say that for an SMB/SME or ROBO, it is an incredibly simple and practical platform to use.  If/when Scale decides to open up the CLI & API more, the ability to automate deployments will open HC3 to a whole new set of users.

On the hyper-converged side, companies like Nutanix are using their own hypervisor as a clear transition for customers to move away from paying the vSphere tax.  New solutions like ZeroStack are making OpenStack easier to consume.  It’s only a matter of time before the choice of hypervisor is no longer important – other than whether you pay for it or not.

2019 Update: It’s still debatable as to whether hypervisor independence has been reached. If anything, as VMware has pushed to public clouds, the single standard of ESXi seems more dominant than ever.

So VMware is pinning its hopes on the new range of products coming along, including vSAN and NSX.  As a non-networking person, I can’t say much on the benefits or likely success of NSX, other than perhaps to observe that discussions on deployment of the product seem to focus on very large enterprises, narrowing that product’s focus somewhat.  However I can talk about vSAN.

vSAN was originally announced in 2012 and GA’d in 2014.  It is deployed as a feature of ESXi and allows local disk (both HDD and flash) across multiple vSphere servers in a cluster to be combined into a distributed shared storage layer, much like software vendors such as Atlantis Computing, Maxta and Springpath are doing.  vSAN must be the most promoted storage product ever in the history of the industry, with at least 50 posts tracked by Cormac Hogan (many of which he authored), with a similar list here, not including all the “official” posts I could find online within the VMware community.

2019 Update: vSAN continues to be hyper-promoted. It’s interesting that Atlantis Computing, Maxta and Springpath are all gone although the technology in two cases has been absorbed by other companies.

Despite all the hype (and the resulting annual $100m in sales) is vSAN really any good?  Well, the most obvious Achilles Heel for the product is that it is vSphere only (or potentially not according to rumour).  The other competing products already mentioned (MxSP, USX, Springpath Data Platform) are already cross-hypervisor capable and starting to support both containers as a host and as a client.  There are also other products like Cloudbyte ElastiStor OS, Plexistor SDM, Hedvig, Storpool, HP StoreVirtual, DataCore, Nexenta, Ceph and StorMagic,  all which could replace vSAN in any organisation.  There’s even competition from within the EMC Federation with the likes of EMC ScaleIO.  I also haven’t even touched on other hyper-converged players or the hybrid and all-flash appliances also on the market.  New storage solutions also appear almost every day, so there’s no shortage of competition.

2019 Update: Plexistor has been acquired by NetApp and Nexenta by StorCentric and both still exist as products. The other companies are still in business and don’t necessarily get the promotion seen for vSAN.

Whether vSAN is good or bad or not, isn’t really the question here (although that will be a question for those directly competing in bids).  What’s more of a concern is the direction the market may take in terms of hypervisor choice.  If ESXi loses ground, then so do all the new products as they are intrinsically linked.  I doubt we will see a Hyper-V port of vSAN any day soon.

What about the move to Container-based deployments?  So far VMware’s strategy has been to package a container into a VM and talk about the additional security benefits this offers and it is certainly true that platforms like Docker have significant security gaps.

Initially the way VM-based containers were described implied that a full-fat VM would be needed for each one.  However that appears not to be the case, with vSphere Integrated Containers and the Photon platform having a more lightweight VM model that shares some of the features of the ESXi hypervisor itself.  We’ll know more when we can play around with this stuff in more detail, however I have a suspicion that VMware may also follow the track of working with the creation and deployment of VMs based on unikernels as a way of implementing slimmed down applications and removing the overhead of the legacy VM.

2019 Update: Following the announcements at VMworld 2019, it appears Project Pacific implements Kubernetes using the unikernels route. The focus has changed and is K8S specific, not Docker or generic containers.

What must be more worrying for VMware than anything else is the growth in hybrid and public cloud.  Microsoft seems to be getting plenty of positive press for Azure and new features like the Azure Stack, which will make it easier for businesses to move to public cloud deployments.  Amazon Web Services moves on relentlessly and the public cloud business is starting to be dominated by AWS and Azure as the two major players, with the remainder of the market focusing on niche or bespoke requirements.

2019 Update: As we’ve seen, VMware has partnered with AWS and Azure to implement VMC, as well as an on-premises Dell EMC implementation. Far from being worried about public cloud, VMware has found a strategy to embrace it.

It’s a testing time for VMware.  Dell’s (pending) acquisition of EMC will have to see some rationalisation (which looks to have already started).  Products like vSAN will compete directly with Dell and EMC storage products.  We’ve already seen that the desktop products are no longer seen as core to the business.  As the year progresses and both EMC and VMware shed staff and products to reduce costs, we can only speculate at what will remain.

However back to the original title of this post and I do think VMware should open-source the desktop products and at a minimum make ESXi free for most use cases.  If the future of the company is outside of ESXi then why not just outsource the whole thing?

I’d be interested to hear what everyone else thinks on this – is my assumption on VMware’s direction correct?  Should vSAN be made multi-platform?  Should VMware remain protective about the hypervisor?  Let me know your thoughts.

2019 Update: As VMware takes advantage of the open source development of Kubernetes, there’s an argument to be made for moving ESXi to open source. In fact, VMware CEO Pat Gelsinger has promised to improve VMware’s open source image. This is likely to mean putting more resources behind existing open source projects than transitioning ESXi. What if ESXi was made open source? Could that promote the format more widely, especially within public cloud? It’s still anyone’s guess.